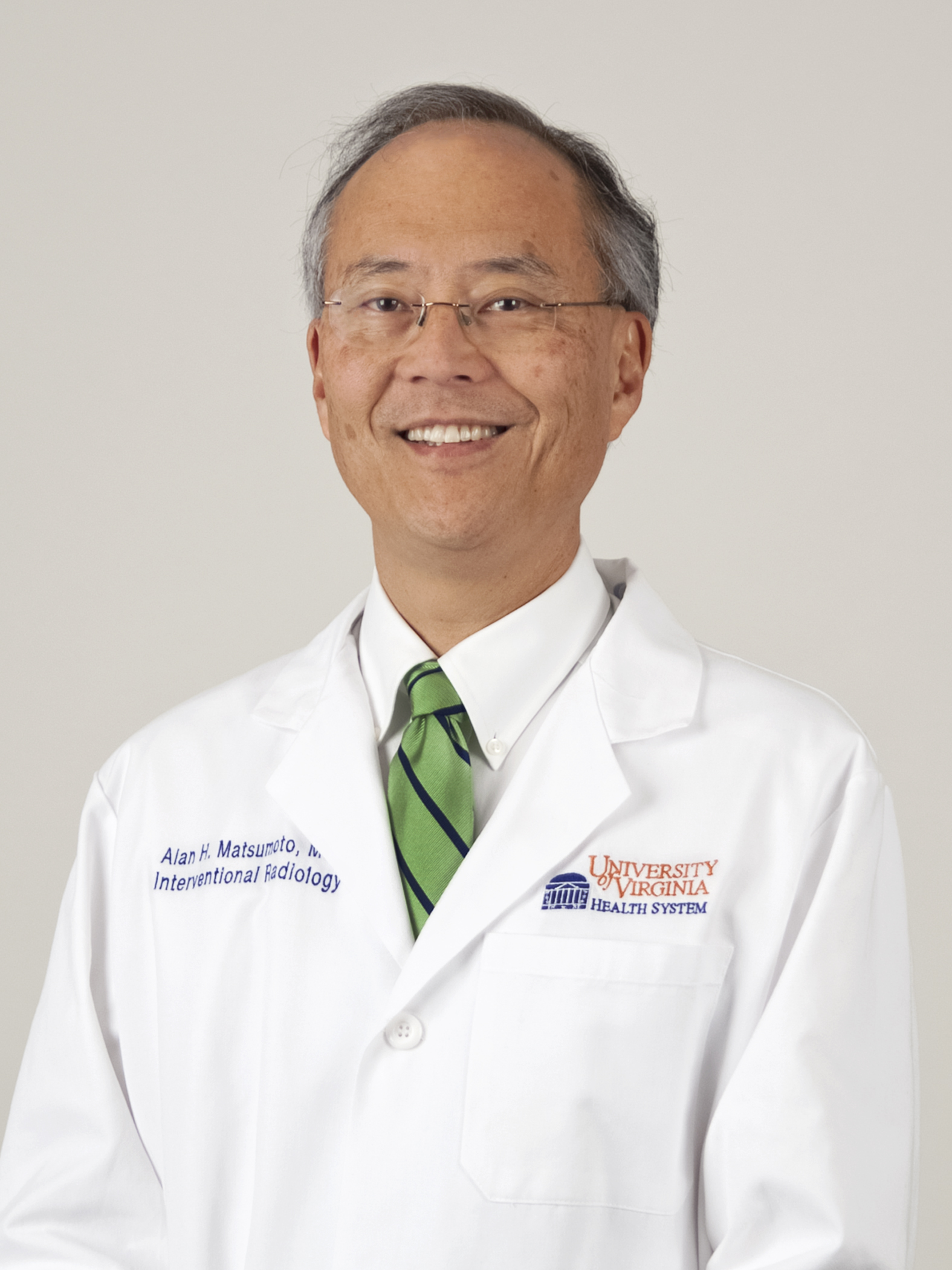 Alan H. Matsumoto, MD, FSIR, is professor and chair of the department of radiology and medical imaging at the University of Virginia, Charlottesville, where he has been on faculty since 1991 and has helped train more than 200 diagnostic radiology residents and 100 VIR (vascular and interventional radiology) Fellows. His clinical practice has included caring for patients with arteriovenous malformation (AVMs), uterine fibroids, fibromuscular dysplasia (FMD) and peripheral arterial, aortic, renal and mesenteric vascular, and venous thromboembolic disease. His patient-oriented and collaborative working style has led to the multidisciplinary care of patients.

Dr. Matsumoto has served as the 2015–16 president of the Society of Interventional Radiology (SIR) and program chair of the SIR 2004 Annual Scientific Meeting. He has also been president of the Southeastern Angio Society and the Virginia Chapter of the American College of Radiology (ACR). Other roles he’s held include American Board of Radiology (ABR) examiner, chair of both the American Heart Association (AHA) Cardiovascular Radiology and Intervention Council and the AHA Vascular Imaging and Peripheral Vascular Disease Joint Committee. He was a member of the ACR Council Steering Committee and Board of Chancellors, the AHA Committee on Scientific Session Programming, and on the Board of the FMD Society of America.

He has published 300 articles and book chapters, given more than 300 invited and scientific talks, and served as the site principal investigator for 24 clinical trials. He developed and ran the core lab for the trial that led to the first FDA-approved abdominal aortic endograft in 1999. He has been an editorial board member for 10 journals and on the Data Safety Monitoring Board of seven FDA-sponsored clinical trials. He has also received a Lifetime Achievement Award from the ABR and an Association of Vascular and Interventional Radiology Technologists Gold Medal.