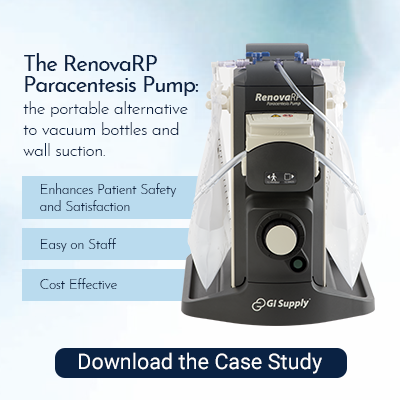 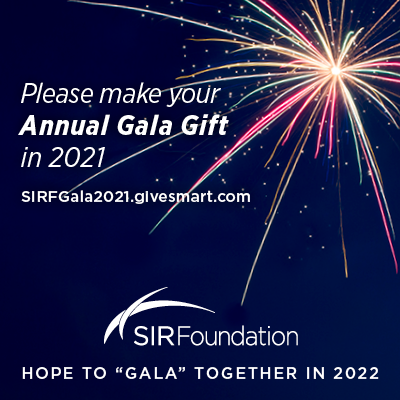 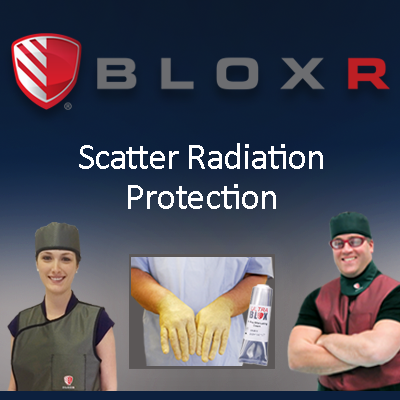 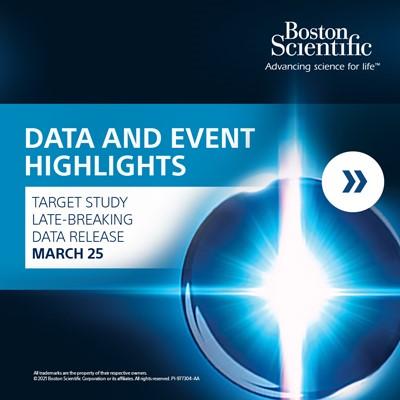 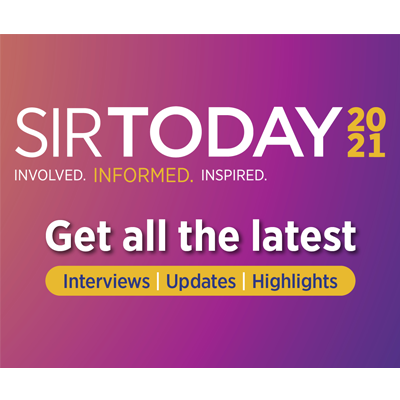 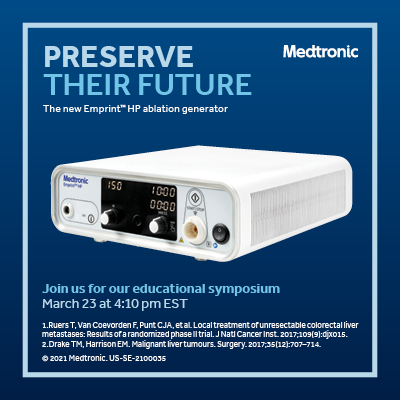 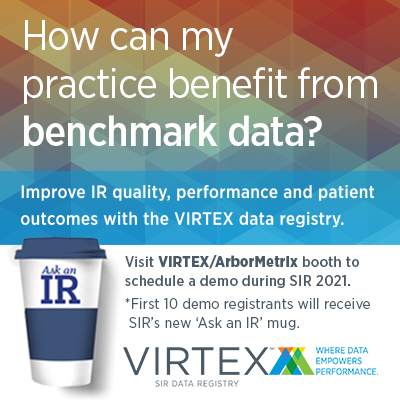 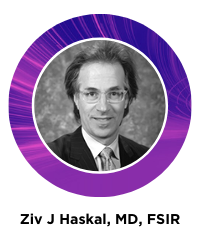 Dr. Haskal has published over 400 manuscripts, abstracts, chapters, books, letters and editorials in journals such as the Journal of Vascular and Interventional Radiology (JVIR), New England Journal of Medicine (NEJM), Human Gene Therapy, Circulation, Hepatology, Radiology, CardioVascular and Interventional Radiology (CVIR), and American Journal of Roentgenology (AJR). He has delivered more than 550 invited lectures worldwide and been awarded numerous honorary fellowships and national and international awards for innovation, leadership, service and research excellence.

Dr. Haskal pioneered novel education in the early 1990s with the first online monthly case discussion forum (the SIR Case Club), running complex on-site live mechanical and microscope demonstrations at medical conferences and the creation of virtual reality-based content. In 2014, he was bestowed the Leaders in Innovation Award by SIR Foundation, and in 2007, he chaired the SIR Annual Scientific Meeting. He co-founded the Global Embolization Symposium and Technologies (GEST) meeting (and coined its name).

Dr. Haskal served as the deputy editor-in-chief of CVIR for 5 years during which time he helped double its impact factor. He served for 10 years as editor-in-chief of JVIR, nearly tripling submissions and raising the journal’s impact factor to 3.037. He has mentored hundreds of trainees and helped educate newer authors through small-group writing seminars that have reached over 1,000 attendees worldwide.

Dr. Haskal has served in numerous societal leadership and committee positions, including president of the Society of Gastrointestinal Interventions and International Society of Neurovascular Disease. He was one of the longest serving members of the SIR Executive Committee, served on the SIR Foundation Board of Directors, and has chaired numerous committees within the American Heart Association, American College of Cardiology and the American College of Radiology.


The Dr. Charles T. Dotter Lecture honors one of the founding fathers of interventional radiology and selection by the SIR president is based on extraordinary contributions to the field, dedicated service to the society and distinguished career achievements in interventional radiology. The Dotter lecture is made possible with funding from SIR Foundation. 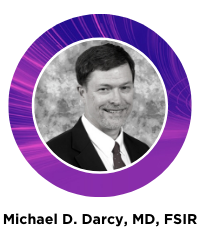 Michael D. Darcy, MD, FSIR, is currently professor of radiology at the Washington University School of Medicine in St. Louis, Missouri, and was the chief of interventional radiology there for 18 years. Known for his expertise in portal vein interventions and interventional management of gastrointestinal bleeding, Dr. Darcy has devoted himself to the best interests of the society and the IR community. He has served in several capacities within the society, notably as president of the Society of Interventional Radiology from 2002–2003 and as chair of SIR Foundation from 2007–2009.

Dr. Darcy has authored or co-authored over 140 research papers and 39 book chapters. He has been an investigator on all of the major TIPS trials in the United States and was a member of the Data Safety Board for the North American Study for the Treatment of Refractory Ascites (NASTRA), a landmark clinical trial. Dr. Darcy was a founding member of the Association of the Chiefs in Interventional Radiology and served as its president from 2016–2018.

In his 2016 Dotter Lecture, Dr. Darcy highlighted the value of IR training and teaching and the need for establishing quality metrics for clinical training and procedural outcomes for the next generation of IRs. One of his most enduring contributions has been his involvement in the training and mentorship of over 125 fellows, cemented by his recognition as distinguished faculty in 2005 and 2010 SIR Annual Scientific Meetings and as the recipient of the Distinguished Teacher Award by the residents in his home institution, the Mallinckrodt Institute of Radiology (MIR). In 2020, for his endeavors to help IRs gain acceptance as clinicians, Dr. Darcy was awarded a Washington University Distinguished Clinician Award. 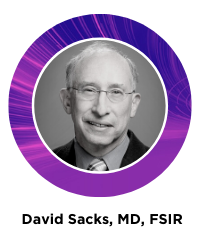 David Sacks, MD, FSIR, currently works in the interventional radiology section at The Reading Hospital and Medical Center in West Reading, Pa. Dr. Sacks served as president of the Society of Interventional Radiology (SIR) from 2007–2008, standards division councilor, chair of the Technology Assessment Committee, and as a member of many SIR and ACR committees. He has been an editorial board member of the Journal of Vascular and Interventional Radiology (JVIR) and was named a JVIR distinguished reviewer in 2019. Dr. Sacks serves as chair of the board of the Intersocietal Accreditation Commission (IAC), and president of the Intersocietal Commission for the Accreditation of Carotid Artery Stenting Facilities (ICACSF), strengthening an important collaborative relationship for the specialty.


Known for his attention to excellence, he has authored or coauthored more than 130 peer-reviewed articles and a book chapter, while in a community hospital practice. Dr. Sacks speaks on stroke therapy nationally and internationally. He was one of the founders of SIR’s CLOTS course, designed to train IRs to treat acute stroke. Dr. Sacks was a principal investigator in the KAVIAR trial comparing vertebroplasty and kyphoplasty and the NIH-funded ATTRACT Trial comparing catheter-directed thrombolysis and anticoagulation for lower extremity deep vein thrombosis. 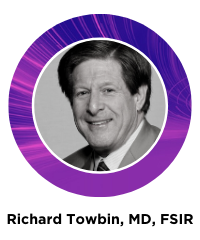 Richard Towbin, MD, FSIR, has served as the chief radiologist of the Department of Pediatric Radiology at Phoenix Children’s Hospital until his recent retirement. Dr. Towbin was a founding member of the Society of Pediatric Radiology and one of the first full-time pediatric interventional radiologists. He also established the first pediatric IR fellowship and has trained numerous pediatric IR fellows.

Dr. Towbin has served on both the Society of Interventional Radiology Executive Council and SIR Foundation Board of Directors in various capacities. He has been a member of the Standards Committee for over 25 years and was instrumental in initiating the pediatric interventional subcommittee. One of his most significant contributions was serving as treasurer for SIR, ensuring the society remains a thriving organization to this day. In 2019, Dr. Towbin was honored with one of the first Gold Medals given by the Society of Pediatric Interventional Radiology.

Dr. Towbin has written over 375 papers, many of which are considered seminal in the area of pediatric interventional radiology. He has given numerous talks, been an active researcher and educator, and has patented several inventions to advance the specialty.


The Gold Medal, the Society of Interventional Radiology's highest honor, is awarded not only for extraordinary service to SIR but to those who have dedicated their past and present talents to advancing the quality of medicine and patient care through the practice of interventional radiology.